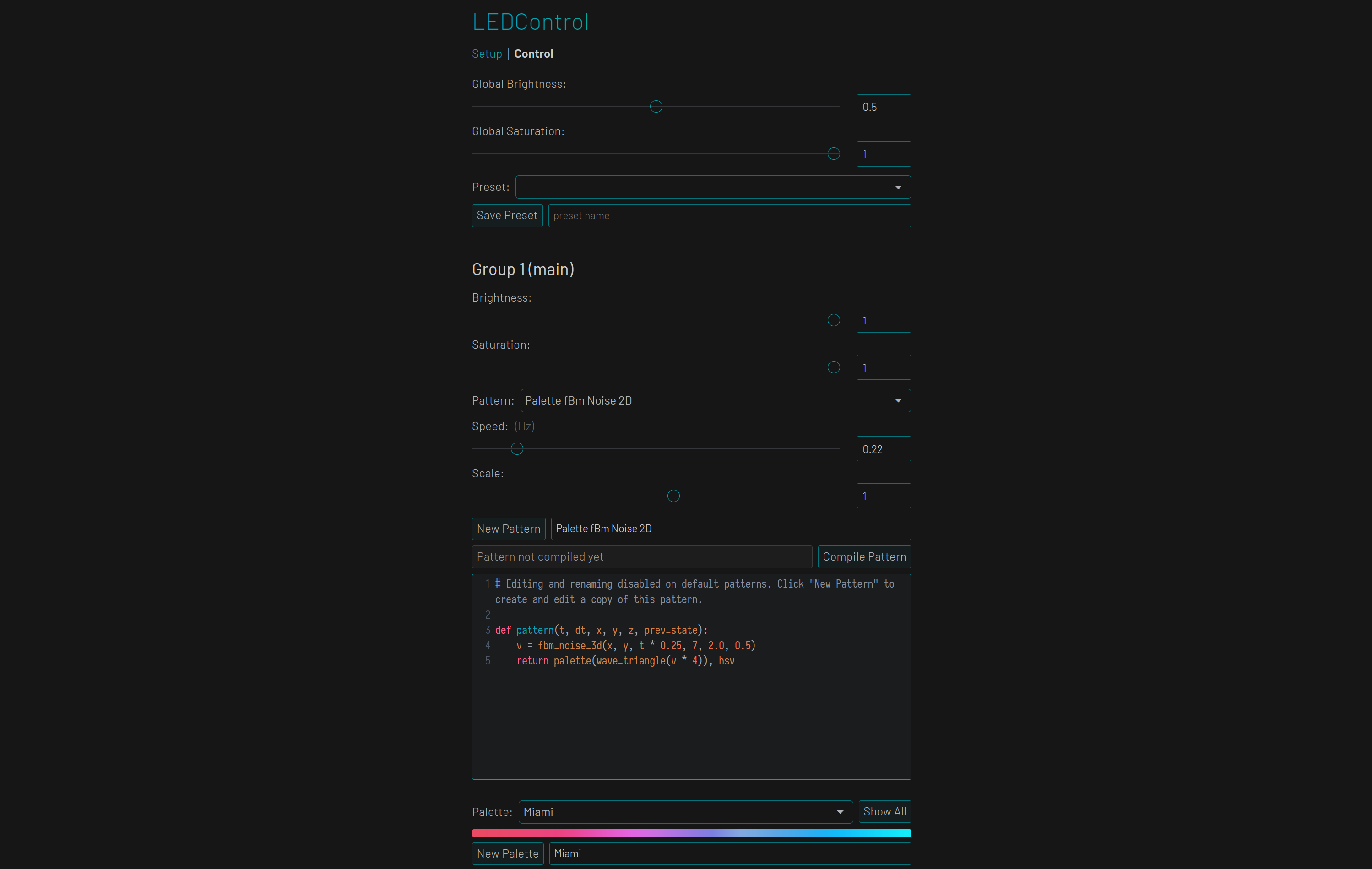 Know what you’re doing with electricity. Addressable LEDs can draw a lot of current, especially in long strips. You should use RGBW LEDs for the reason that they look better and require much less power when displaying whiter colors (a good quality 5V 4A power supply can comfortably handle 150 RGBW LEDs at full brightness).

For large installations, each group of up to ~200 LEDs should be connected to the power supply with its own adequately sized wires. Don’t expect to get good or safe results by daisy chaining strips together. Furthermore, when using a high current (20+A) power supply, a short circuit somewhere along the LED strip will likely not draw enough current to trip your power supply’s over-current protection due to the resistance of the flexible PCB. This is a serious fire hazard, so each individually powered group of LEDs should be protected with its own fuse or circuit breaker rated to ideally no more than 10A. See this guide for good information on powering hundreds or thousands of LEDs.

Addressable LED strips usually come with seriously undersized power wires and barrel jacks or JST SM connectors rated for only 3A, and it would be a good idea to replace these appropriately.

For more information on which GPIO pins LED strips can be connected to, see here.

If You Really Want To Use RGB LEDs

You should budget at least 50mA for each LED at full brightness, which means 7.5A for 150 LEDs (5 meters of 30 LED/m strip, 2.5m of 60LED/m strip…). In practice, your LED strips won’t draw this much current, but your power supply should be capable of handling it.

The flexible PCBs and connectors used in these LED strips are not really designed to handle these currents, and begin to heat up when passing as little as 2-3A. Again, each group of up to ~150 LEDs should be powered through its own adequately sized wires.

Python 3.7 or newer is required.

Web server and LED hardware parameters must be specified as command line arguments when running ledcontrol.

Animated GIF previews of all built-in animations can be seen at patterns.md.

LEDControl can function as a E1.31 streaming ACN receiver, allowing the connected LEDs to be directly controlled over the network. LedFx is recommended for music visualization over sACN.

While sACN receiver mode is enabled, the LED refresh rate is determined by your sACN server. There may be noticeable latency when using sACN on congested networks or if other software on the Raspberry Pi is using its network hardware; this is a known limitation of sACN.

LEDControl supports pixel mapping, which allows 2- and 3-dimensional animation patterns to be mapped to any physical arrangement of LEDs. Currently, pixel mappings can only be specified with a JSON file containing an array of points representing the positions of each LED, using the --pixel_mapping_json command line argument. --led_count does not need to be specified when pixel mapping is used. The points must be in the same order that the correresponding LEDs are connected, and the units used to define the pixel mapping do not matter (negative and floating-point values are allowed).

Animation patterns are defined as Python functions that work similarly to GLSL fragment shaders or DirectX pixel shaders. The LEDControl web interface allows editing and creation of patterns using a subset of Python.

Patterns are compiled using RestrictedPython and run with a restricted set of builtin functions and global variables. This should prevent filesystem access and code execution, but the scripting system should not be considered completely secure and the web interface should not be exposed to untrusted users.

Each animation frame, the pattern function is called once per LED/pixel with time, position, and previous state as inputs to determine the next color of that pixel.

Time in cycles (an arbitary unit that represents one animation cycle as a floating point number). Calculated by multiplying real time in seconds by animation speed in Hz (cycles/second). Time is reset to 0 every week (168 hours) of uptime to prevent any math/overflow issues that may occur. By default, time is also reset when the animation pattern is changed or recompiled, but this behavior can be changed with the --no_timer_reset command-line flag.

Previous color state of the current LED as an HSV or RGB tuple. Initialized to (0, 0, 0) when the program starts.

Pattern functions must return a color in tuple form and either hsv or rgb depending on the format of the color. All values are expected to be in the 0 to 1 range, except for hue. Hue values less than 0 or greater than 1 will wrap. RGB values will be clamped to the 0 to 1 range.

Color palettes are interpolated in the HSV color space. 1000 interpolated values are stored in a lookup table to allow for fast access to any color in the palette.

Returns the color from the current palette corresponding to a value t between 0 and 1. Values of t less than 0 or greater than 1 will wrap.

Returns a color from a mirrored version of the current palette that wraps seamlessly. Functionally equivalent to palette(wave_triangle(t)), but performs just as well as palette(t).

Returns the number of colors used to generate the current palette.

All waveforms have a period of 1 time unit, a range from 0 to 1, and a peak (f(t)=1) at t=0. These wave functions are implemented in C which gives a suprisingly significant performance improvement over Python’s builtins.

Returns the instantaneous value of a 1Hz sine wave at time t.

Returns the instantaneous value of a 1Hz sine wave approximated with cubic easing at time t. Appears to spend more time near 0 and 1 than a true sine wave.

Returns the instantaneous value of a 1Hz triangle wave at time t.

Returns the instantaneous value of a 1Hz pulse wave of the specified duty cycle (range 0 to 1) at time t.

Custom optimized “plasma” implementation that returns a sum of several octaves of sinusoid-based waveforms creating a non-random noise effect. Essentially fractal noise, but using sinusoid functions as a basis instead of pseudorandom noise. This creates more detailed and better looking plasma effects than simpler implementations. For each successive octave, the frequency (how fast the wave changes with space and time) is multiplied by lacunarity, and the amplitude is multiplied by persistence. octaves must be an integer. See the usage notes below.

Standard 3D perlin noise. Use time as one of the arguments to make the noise vary with time. Returns a value from 0 to 1.

Returns a normalized RGB tuple for a color temperature in Kelvin.

plasma_sines and plasma_sines_octave both return the instantaneous value of a 2D periodic function at time t and position (x, y). The typical way of converting this value to a color is to assign the RGB values to expressions of the form a * wave_sine(b * x + c) + d, where wave_sine is a function that returns a sinusoid waveform with range 0 to 1. This is done in the code for several built in patterns.

Below is GLSL code for testing and experimenting with these plasma functions in 2D. This code can be easily run on Shadertoy.

To build the C extension module: